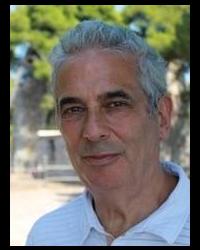 Malcolm Stern has worked as a group and individual psychotherapist for nearly 30 years. He is co-founder and co-director of Alternatives at St James’s Church, London's most important spiritual events platform, since 1982. Stern also teaches and runs groups internationally. His first book Falling in Love, Staying in Love was published in 2004. Malcolm also co-presented with Vanessa Lloyd Platt, the Channel 4 series on relationships Made for Each Other in 2003 and 2004.