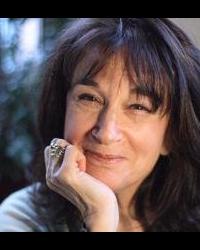 Lynn Singer was born with a special voice and an ear for spoken language. For over thirty years, she has helped people find their voice. She taught acting, speech and voice at Yale, NYU, The New School, Circle in the Square, The Actors and Directors Lab, the Gene Frankel Theater and at the T. Schreiber Studio in New York City.

She works with a wide range of clients, from Tony, Emmy, Golden Globe, Pulitzer Prize and Fulbright winners, to Fortune 500 companies  and top business and management executives.

Lynn was a well-known voice of radio and television commercials for two decades, and she appeared Off-Broadway, on television and film. She holds a degree in English Literature from San Francisco State College where, in her final year, she held a fellowship. She subsequently went on to post-graduate work in theater.

Lynn currently offers private and group acting, voice and diction classes through her long established www.lsvoiceworks.com practice. In her more than thirty years of experience, Lynn has facilitated the awakening of creative consciousness in her students. She loves watching them achieve their creative potential.

Recently, Lynn wrote Breaking into Brilliance, an on line, multi-media, multi-sensorial experience of creative consciousness. The book documents her journey while simultaneously guiding others through theirs.