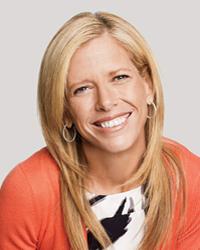 Lucy Danziger has been Editor-in-Chief of SELF magazine for eight years, during which time she has helped grow the well-being and lifestyle title to a total readership of 6.5 million. Ms. Danziger also directs all content on Self.com which regularly receives 8 million page views per month.

Ms. Danziger writes two blogs, for Self.com and Yahoo. In 2007, Ms. Danziger oversaw a team of SELF editors to create the book 15 Minutes to Your Best Self, published by Gotham Books, a Penguin imprint. Her first independent book project, The Nine Rooms of Happiness co-authored by Dr. Catherine Birndorf, will be published in 2010 by the Voice imprint of Disneys Hyperion publishing.

Under Ms. Danzigers editorship, SELF received its first National Magazine Award from the American Society of Magazine Editors, in the Personal Service Category for the 2006 Breast Cancer Handbook. SELF received a total of 7 nominations in 6 years including the Personal Service Online category in 2007, for the SELF Challenge at Self.com, the Public Interest category in 2004, for Pharmacy Fakes, a consumer investigation that inspired a 60 Minutes story, and the Essay category for 2003s I Gave up my Breasts to Save my Life and 2002s The Big Fat Problem, an article on the obesity epidemic in the United States.

Ms. Danziger currently serves as Treasurer on the board of the American Society of Magazine Editors. The American Legacy Foundation honored Ms. Danziger with their 2007 Leadership in Media award for her outstanding work in raising awareness about the effects of smoking, and informing and educating millions of women about the importance of preserving their health and well-being.

Ms. Danziger graduated from Harvard in 1982. She lives in Manhattan with her husband and two children.