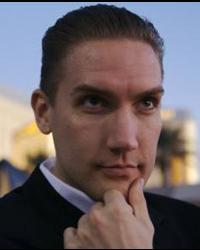 Louis Lautman knew from an early age that he would write, produce and guide a process up close by playing an on screen pivotal role in a film about young business people. He has been selling products and services all his life and loves the process of being a young entrepreneur.

Originally from New Jersey and a graduate of Towson University in 1999, Lautman immediately moved to New York City after college and began his full time, professional selling career. A born salesman, Louis accelerated at his craft and quickly became a company leader for a competitive telecommunications company where he was knocking on at least 50 doors a day.

Lautman moved to Tampa, Florida to manage and train a sales office for the next year. After realizing his true passion of helping people, Louis traveled the country training people working for Anthony Robbins and Tom Hopkins.

In 2003, Lautman started International Sales University a Sales Training and Development Company working with top Fortune 500 Companies, and hosting public seminars. His audiences call him "Moving, Motivating," "Energizing" and "Inspirational." Louis authored the entire curriculum in his training and also wrote and produced three books and over 20 hours of audio training. In Lautmans young life, he has made over 10,000 cold calls in person and on the telephone and has given over 1,000 presentations, workshops and seminars.

In the summer of 2007, Lautman came up with the concept of creating a virtual society of other young like minded motivated business people, and the concept of the Young Entrepreneur Society was born. Louis wanted to create a platform for young people who were looking for more in their lives and saw The YES Movie as a launching pad to motivate and inspire others around the world.

Lautmans The YES Movie is in the final stages of completion now. This enlivening documentary and book by the same name will impact the lives of millions of people and be the catalyst for inspiring still greater passion in business and life beginning in early 2009.

For more information or to view a trailer of the film visit www.TheYESMovie.com