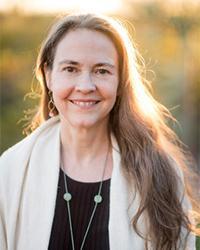 Lisa began meditating 30+ years ago when she was able to immerse herself in its study while she lived in Asia. She returned to the United States steeped in enthusiasm and commitment, but this was decades before mindfulness became a thing. As a result, she founded Wei of Chocolate to subversively teach meditation by enticing people to let the chocolate melt slowly in their mouths.

Since then she has created Wei Wisdom to personally host retreats, offer one-on-one consultations, and create corporate meditation programs to help people create their own meditation practices. She also continues to sell her choocolate enabling even more people to meditate.

Wei of Chocolate has been featured in epicurious.com, chocolateconnoisseurmag.com and Organic Spa Magazine.