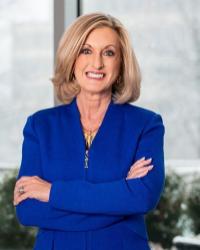 Lisa Gable has served four U.S. presidents and two governors, counseled Fortune 500 CEOs, and represented global public-private partnerships and nonprofits with an end goal of moving organizations to higher levels of performance. As the former President of the Healthy Weight Commitment Foundation, Lisa created and led a coalition of food and beverage industry corporations and public health and government agencies resulting in the reduction of 6.4 trillion calories from the American diet.

Lisa was appointed the first female U.S. Commissioner General to the 2005 Aichi World EXPO, holding the personal rank of Ambassador, served as a U.S. Delegate to the United Nations Commission on the Status of Women and served in the Reagan White House and Defense Department. She is a graduate of University of Virginia and holds an MA from Georgetown University.