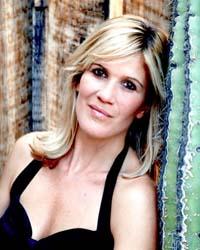 Lilou Mac was born in Santa Barbara, CA to French parents who were restaurateurs. She spent most of her life growing up in Nantes, France.


Lilou is an entrepreneur having owned an Internet marketing Business and is the co-founder of "Co-Creating Our Reality:100 Day Challenge." The community has over six-thousand members in 125 countries.


Following the Law of Attraction principal Lilou met Oprah Winfrey not just once, but 4 times after moving to Chicago. Soon after, she started her own inspirational TV show, originally called My Juicy Life and later titled Live a Juicy Life, in which she interviewed the authors of motivational, spiritual and self-help books, a practice she has continued on YouTube. Currently Lilou has over 5 million viewers and over 1900 interviews and is one of the fasted growing Web TV Hosts globally.


Lilou's mission is to create and host an international communication network to "inspire, motivate and empower millions of people to pursue their dreams" and to "help spread joy, freedom and personal awakening." Currently Lilou resides "on the road" where ever the Juicy Living Tour guides her.