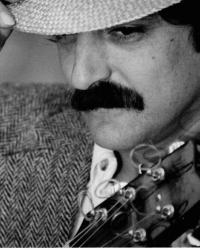 Larz Young is a singer-songwriter and finger-style guitarist based out of Western Massachusetts. He has been making music professionally since the age of 17, and found a second career as a trial attorney. He was the front man for "Blues in a Bottle," "Last Licks," and "Larz Young and New Blue." Larz is featured on the blues compilation CD, "Working on a Building," a benefit album for Habitat for Humanity. He describes his original music as "acoustic fusion," with roots in folk, delta blues, country blues, R&B, and ragtime. He has performed extensively in New England, New York, and the Carolinas. His latest release, Sarita and Other Reasons for Living, is a tribute to the women in his life who have inspired him to be something more.