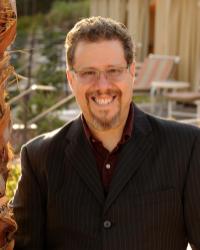 Keith Leon S. is a multiple international best-selling author, a book publisher and speaker who’s well known as, “The Book Guy.” His life purpose book called, Walking With My Angels: A True Story, with a foreword by Chicken Soup for the Soul’s Jack Canfield will release August 20th.

Keith has appeared on many popular radio and television broadcasts, and his work has been covered by Inc. Magazine, LA Weekly, The Huffington Post, Published Magazine and Succeed Magazine just to name a few.

As an accomplished singer and songwriter, Keith has made music with Stevie Wonder, Ben Vereen, Nancy Wilson, Carl Anderson, Gloria Loring, Keb’ Mo’ and The Wood Brothers. Keith’s passion is teaching people how to go from first thought to bestseller and to create what he calls, The World’s Greatest Business Card… and he also loves introducing people to their inner guidance system whom he calls heavenly helpers! Welcome to the call/show Keith Leon S.