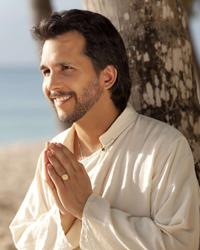 Kaya - Born Under the Star of Change

This is an extraordinary story, I would say not a typical music business story. Pop stars dont quit while at the top, then return 17 years later. But Kaya has, and has released his album Born Under The Star Of Change in March of this year in the USA and Canada, in tandem with his latest book How To Interpret Dreams and Signs as a bestselling Author.


Canadian musician Kaya was performing in front of 25,000 people at 9 years old. By the age of 10, he had a gold record, and at 18, he had two Quebec number-one singles, with four more songs hitting number 1 on the next album. By the time he was just 24, after the release of his fifth album, Sony Music Canada offered him a multi-million dollar contract and proposed a marketing strategy to break him worldwide with the same strategy and team behind Celine Dion. In a move that stunned the industry and the public, Kaya turned them down and walked away. "I had a big house, money and fame, but it was not nourishing me. I was going through a very intense spiritual period and I just wanted to understand myself through that."


Kaya set out on a hermetic, existential quest, often sleeping 20 hours a day and found himself dreaming in a way he never had before. He began studying those dreams for an answer to the puzzle his life had become, later emerging from this period equipped with a power, fueled by insight and intensive research in the field of dream analysis, to do this for himself and others. Kaya is now the preeminent practitioner of dream interpretation, collectively selling a million copies of his bestselling books and recorded seminars and lecturing worldwide 9 months of the year.


After a few years totally isolated and focused on his dreams, Kaya decided to head to the United States to carve out a new identity. A friend introduced him to an 84 year-old American man dying of cancer and his first job ever outside of music was working as volunteer nurse in exchange for food and lodging. "I was like a servant. No one knew I was a famous pop star, I lived an anonymous life. I worked on myself, meditated and prayed. It was a beautiful period."


This unique album, Born Under The Star of Change, recorded with longtime friend and New York Producer Russ DeSalvo, presents his first radio single in the USA "The Alchemist," elements of his work as a dream interpreter, and the positive message he carries for everyone, as we are all capable of great change, come through in the lyrics:


"This won't be an easy task to heal all your memories/To rise up from the world of cruel and heartless tragedy/But be an alchemist/ A secret warrior/When life throws vicious stones, make them into precious stones."