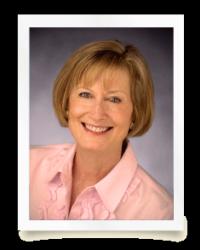 On a winter night in 1989, a newspaper article about the execution of serial killer Ted Bundy changed my life. I could no longer run away from circumstances that I had tried hard to rationalize or from the religion of my childhood that I had tried hard to ignore. Many more years would pass before I discover that my two friends, Meb and Joan, had extraordinary stories to share as well. Together we found the courage to embark on what would become a ten-year spiritual odyssey. The Miracle Chase became a journey of Faith, a journey of Friendship and a journey of Survival.

Katie has been a leader in nonprofit initiatives that support womens health and quality education for children. She is a three time past president of the San Francisco Chapter of the Susan G. Komen Breast Cancer Foundation, an organization that she helped take from a grass roots movement to a million dollar organization reaching thousands of underserved women across the Bay Area. After years of being a Californian, Katie now lives in New York City.