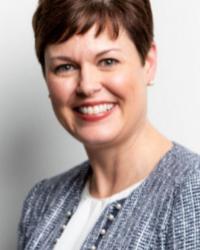 Kara Hoogensen is a senior vice president with Principal Financial Group®, in charge of Specialty Benefits for U.S. Insurance Solutions (USIS). Hoogensen joined Principal in 1996 and held roles in pension underwriting and consulting until 2000. After a year with Merck & Co., Inc. as a professional representative, she re-joined Principal in 2001 as a business development consultant and then held multiple strategy positions before being named director and then managing director for Defined Contribution Investment Only (DCIO). She was promoted to chairman, president, and CEO of Principal Bank and Principal Trust Company in 2014 and became president and CEO of Principal Securities, Inc. in 2015. Hoogensen assumed her role of vice president of Group