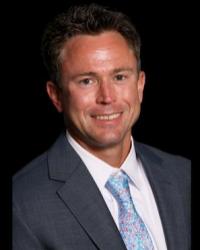 Justin Wolfe LCPC, CADC, CRC, PCGC- Justin Wolfe was raised in Naperville, IL. Justin is the Director of Clinical Services at Footprints to Recovery in Chicago, IL. Justin has worked in the behavioral health field for over a decade primarily focusing on the personal and relational damage caused by substance use and process addictions such as gambling and sex addiction. Justin identifies a key factor in recovery for the relationship is supporting the client and partner in regaining emotional intimacy in the relationship after there has been a breakdown of trust and betrayal. Justin has been personally impacted by the disease of addiction losing a friend to a drug deal gone bad, and himself being involved in a car accident at the age of 20 years old where he was under the influence resulting in him sustaining a Traumatic Brain Injury, being in a coma for 3 days and spending three weeks in the hospital. It is for these reasons that he is highly committed to serving others who are fighting to reclaim their lives. Justin completed his Master’s in Counseling with a Specialization in Rehabilitation from the Adler University, and his addictions training at the College of DuPage. Justin has presented at the ASAM conference on the topic of Utilizing Contingency Management within Addiction Treatment. Justin is a former college athlete and has coached high school soccer in the area and now enjoys coaching his daughter and son’s soccer teams in his free time.