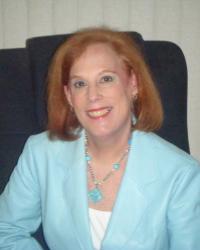 Coach Judy, a talk show host herself, is a Cognitive Trainer for the Mind, Nationally Recognized Expert on Divorce & Single Parent Issues, Founder of the Nonprofit, Phoenix Award Winning Organization, National Single Parent Resource Center. A Former Guardian Ad Litem, whose motto is: "Get the Facts, Act, & Achieve Success." Plus has been interviewed Internationally to the local media in S. Florida.
Turned and Won a Custody Battle with her own family into an award winning career.
Coach Judy became a sponge to the knowledge gained by other non-custodial dads and moms, Forensic Psychologist, her attorney, and taking various courses offered, because of her passion to turn her challenges into Positive Thoughts and Actions.
She has helped Parents Navigate the Family Court and states:
It's best to reach out to her if you're considering becoming a single parent to avoid Common Pitfalls too many make when hiring an attorney to Working in the Best Interest of the Children.
Coach Judy has expanded her skills to Empower others who wish to create or enhance goals, or a person looking for what is Missing, for Achieving Success from the Inside Out by:
"Tweaking the Negative Chatter of the Mind and Turning them into Positive Thoughts and Actions for Achieving Professional and Personal Success."