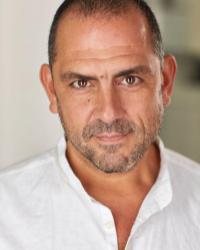 Before beginning his work in holistic health and spirituality, Jonathan had a very successful career as an award-winning actor, appearing on Broadway and television. His University of Michigan education in musical theatre performance led to postgraduate work with the American Repertory Theater/Moscow Art Theater Institute for Advanced Theater Training at Harvard University.

Jonathan now devotes his life to being deeply committed to empowering and healing people by bringing indigenous-Earth wisdom to the modern world as a master teacher and faculty member for Shamanic Reiki Worldwide. A traditional Usui Reiki Master, Hammond has had years of training in Inter- Spirituality and Spiritual Counseling at the One Spirit Learning Alliance in New York City and was ordained as an Interfaith Minister in 2008. He has completed core curriculum through the Foundation For Shamanic Studies and holds certifications in Cherokee Bodywork, Huna, and Ho’oponopono.

Driven by his background and interest in energy healing, Jonathan has apprenticed with shamans in Brazil, Mexico, Bali, and Hawaii. He runs yoga and spirituality retreats around the world and is the founder of a private spiritual counseling and shamanic practice in New York City known as Mind Body Spirit NYC: www.jonathanhammond.com

Moreover, he teaches classes in Shamanism, energy healing, spirituality, and Huna at the world-renowned Omega Institute for Holistic Studies in Rhinebeck, NY, as well as at other equally prestigious venues throughout the world. Furthermore, Jonathan is an ordained Alakai (leader or guide) through Aloha International and has been initiated through the Minoan Fellowship in Wicca. He lives in New York City with his husband, Domenic, and their rambunctious pug, Lord Bartholomew Archer.