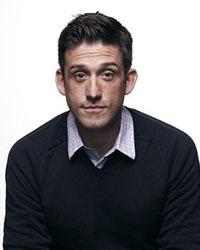 A native of Kearney, Neb., Bokenkamp attended the University of Nebraska at Kearney before graduating with honors from the USC School of Cinematic Arts. Since that time, he has collaborated with such directors as Tony Scott Top Gun, William Friedkin The Exorcist and Joe Carnahan The Grey, and has written scripts for Academy Award winners Julia Roberts, Halle Berry and Angelina Jolie.

Upon graduation, Bokenkamp wrote and directed the documentary After Sunset: The Life and Times of the Drive-In Theater, which was hailed by film critic Leonard Maltin as a "wonderful evocation of a distinct piece of Americana." The film features interviews with pop-icons such as Oscar-winning filmmaker John Carpenter Halloween, legendary movie mogul Samuel Z. Arkoff Beach Blanket Bingo and satirist Joe Bob Briggs. After playing at film festivals across the country, the picture was released by AMC where it continues to air on a rotating basis.

Bokenkamp followed his directorial debut with the original screenplay Preston Tylk aka Bad Seed. The effort quickly caught the attention of Friedkin, who hand-picked Bokenkamp to collaborate on a horror film titled Thirty Pieces.

Since his feature directing debut, Bokenkamp has turned his focus back to screenwriting. He adapted the serial-killer novel Taking Lives for Angelina Jolie and Warner Bros., and penned the original screenplay Perfect Stranger for Berry, Bruce Willis and Columbia Pictures. More recently, Bokenkamp adapted bestselling-author Michael Connelly's novel Chasing the Dime for MGM, the short story Night and Day You Are the One for Universal, and updated Stephen King's classic Children of the Corn for Dimension.

In 2007 Bokenkamp and his family left Los Angeles and moved back to Nebraska. Months after their return, Bokenkamp established the World Theatre Foundation, a non-profit organization that was created to restore and reopen the last original movie theater. He currently serves as executive director at the theater and hand picks the monthly selection of art house and indie movies that screen each week.

Jon was the 2013 Hub Freedom Award winner for Arts and Entertainment, by helping to restore the historic World Theatre in downtown Kearney.