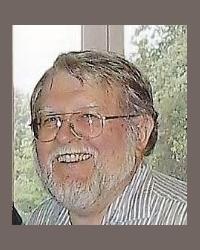 Nascent iodine is a very unique form of iodine that is sweeping the USA today. Many companies are claiming that their iodine is now nascent even though many of those same companies have a flawed idea of really what makes iodine nascent, they still claim that their iodine is nascent too, whatever that is.
From doctors in India to Missionaries in Zambia folks are using nascent iodine to treat those ill with malaria, chikungunya, and Dengue fever, as well as parasite and many other illnesses.
John and his wife are owners of Shield Bearer Inc., whose Magnascent Division produces and sells Magnascent Iodine. They discovered and Patented the process for making a consumable form of nascent iodine.
Their journey began with a desire to help their friend, a missionary who was no longer able to cure malaria in Zambia, as it had become drug resistant. John and his wife assisted him and in the process discovered the way to produce consumable nascent iodine. But their friend began to give his iodine away in churches throughout the USA during fundraising events and word spread until they started a business to supply this nascent iodine as a health supplement in the USA.
They are the major supplier of nascent iodine that works to help people improve their health. We sell to doctor, health food stores and many companies that resell with their own labels.