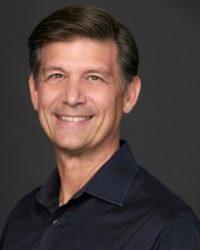 Joe Nunziata is a best-selling author, spiritual life and business coach, and professional speaker who teaches that to make permanent changes you must clear your negative energy and break destructive patterns of behavior at the core level. The transformational process that Joe developed enables people to create new energy and beliefs designed to achieve sustained, positive growth in all areas of life.

Since 1992, Joe has been delivering his life-changing message at events and seminars and his programs that blend spirituality, psychology, philosophy and the power of internal energy. He has appeared on many television and radio programs including Good Day New York and Street Talk on Fox TV, Cablevision News 12, Gaiam TV, Better TV, The Braveheart Network and various radio stations across the country.

Joe’s work led him to author several books, including Karma Buster, Spiritual Selling, Finding Your Purpose and No More 9 to 5. He has created many audio, video and written programs including Change Your Energy/Change Your Life, No More Mental Barriers, Connecting to Your Spirit and The 7 Keys to Transformation.

The career that Joe has created for himself is not something most would expect from a Brooklyn-born son of a New York police detective and conservatively thinking mother. After losing his father at the age 12, Joe felt he had to become the man of the family, so he got into sales at an early age. Although he achieved some financial success, he saw that he was repeating some of the same self-sabotaging patterns. He explored many of the most popular success models and found that most of them focused primarily on thoughts and actions, but he discovered that until the underlying emotions are addressed, changes to thoughts and actions only deliver temporary changes. This led Joe to continue searching and studying, until he eventually created a process that helps people identify their underlying emotions that hold them in patterns that are negative, or not producing the results they desire. It is this process that he began sharing in 2004 and continues to refine and expand upon.

Joe now helps all types of people, from executives and entrepreneurs, to stay-at-home mothers, to artists, to “dissolve” the emotions and beliefs that stand between them and the achievement of their desires. He is continuing to spread his message throughout the world through speaking engagements, media appearances and his books and products.

In 2011, Joe and his wife of 25 years moved from New York to Southern California to be closer to their son while he attended college. The sunny weather is keeping them here, where they enjoy the beaches, outdoor activities, and a very active spiritual community.

You change your life when you are willing to uncover and face your negative feelings and beliefs.

Why You Attract Negative Things

How Your Energy System Works

How Do You Feel?

A Shot of Joe