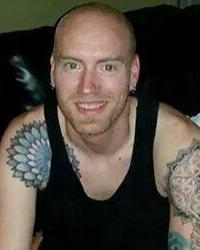 Jimi Ohm lives his life according to Nickolai Tesla's assertion that “If you want to find the secrets of the universe, think in terms of energy, frequency and vibration.” He works with many kinds of different frequencies and vibrations, including those related to music, sound, plants, water, the human body, the Earth's magnetic field, and the energy fields of all living things.

A natural musician, Jimi discovered early-on how to align himself with vibrational flow and quickly became proficient in many musical instruments including piano, drums, bass, guitar, keyboards, cello, violin and trumpet. When he was 14, he became the youngest student ever admitted to the Art Institute of Los Angeles.

After intuitively teaching himself polarization techniques to align himself with the earth's magnetic field at age 16, Jimi became open to the subtle yet powerful world of energetic frequencies that align nearly all creatures on the planet. During his early adulthood he pursued scientific training in the principles of water chemistry including flow dynamics and became a successful entrepreneur in the water industry, and was once dubbed the "rockstar of water."

It wasn't until his late 20's that Jimi Ohm was initiated into a collective of ancient wisdom keepers from the four corners of the Earth, where he learn the art of restoring energetic harmony and balance in the body through conscious and subconscious techniques. Through this process, he discovered his natural talent as a medical intuitive, able to diagnose medical conditions (often with startling clarity) using what he calls "the divine imagination."

Relocating to Colorado in 2014 has reignited Jimi Ohm's life-long passion for music and visionary art. He is currently pursuing numerous projects relating to music, art and transformational culture including the launch of his new electronic music project, Bass Traveler, and his transformational event company Love Tribe Productions. You can find him at www.soundcloud.com/bass-traveler and email him at [email protected]