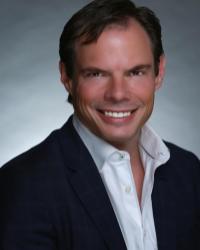 Jim Francis is an accomplished consumer law attorney who works to protect consumers in federal and state courts in Pennsylvania and New Jersey. Francis’ work at his firm, Francis Mailman Soumilas, P.C., focuses on fair credit reporting, fair debt collection practices, and consumer class actions. He has served as Class counsel in over 35 consumer class actions, trial counsel in two class actions, and counsel to some of the largest Fair Credit Reporting Act (“FCRA”) settlements in history.

He has published articles and spoken extensively about the FCRA. Francis appeared on various news programs, including the Today Show and PBS NewsHour to discuss consumer-related issues and was featured in The Philadelphia Inquirer. Also, he currently serves on the Board of Directors of the National Association of Consumer Advocates (NACA).

Francis has been recognized for his work in consumer protection litigation. In 2004, Mr. Francis was the youngest lawyer to be ranked in the Top 100 Superlawyers in the Commonwealth of Pennsylvania in Philadelphia Magazine and Pennsylvania Super Lawyers magazine. He was subsequently ranked a Top 100 Pennsylvania Superlawyer in 2008, 2012, 2014-2018 and has regularly ranked one of the Top 100 Superlawyers in Philadelphia since 2004. Also in May 2014, he received the Community Legal Services of Philadelphia’s Equal Justice Award at its annual Breakfast of Champions. He is a 1992 graduate of Muhlenberg College (B.A., cum laude) and a 1995 graduate of the Temple University Beasley School of Law.