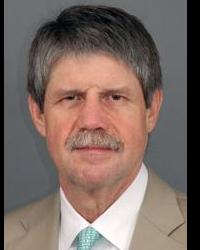 Jim Blackburn has been a practicing environmental lawyer and planner since 1973.  He is a Professor in the Practice of Environmental Law in the Civil and Environmental Engineering Department at Rice University where he teaches environmental law and sustainable design courses.  Blackburn is co-director of the Severe Storm Prediction, Education and Evacuation from Disaster (SSPEED) Center at Rice University where he is also a Rice Faculty Scholar at the Baker Institute and Director of the Undergraduate Minor in Energy and Water Sustainability.  He is owner of a planning firm called Sustainable Planning and Design and teaches courses in sustainable design and environmental law in Civil and Environmental Engineering at Rice.  Blackburn has authored numerous legal papers and has received several local, state and national awards for environmental advocacy.  He was the recipient of The Barbara C. Jordan Community Advocate Award presented by Texas Southern University in 2007, the National Conservation Achievement Award in 2001 from the National Wildlife Federation and the Bob Eckhardt Lifetime Achievement Award for coastal preservation efforts from the General Land Office of the State of Texas in 1998. In 2004, Blackburn authored The Book of Texas Bays published in 2004 by Texas A&M Press, which focuses upon the environmental health of Texas bays and discusses various facts and issues. In 2009, Blackburn co-authored a compilation of art and poems titled Birds: A Collection of Verse and Vision. He is currently writing a new book on the Texas coast scheduled for publication by Texas A&M Press in 2016.