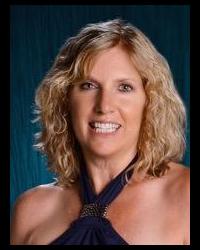 Jeanne has always had a strong connection to dolphins. Because she grew up in Brooklyn, New York, her first exposure to the dolphins came from the Aquatheater at the New York Aquarium. She was fascinated by them and even as she got older, watching the show “Flipper” on television, just intrigued her more. In junior high school, she wrote an in-depth report on the dolphins and was fascinated to learn that their brain size was proportionately comparable to humans and thus started her journey to learn more about these fascinating creatures.

When it came time for Jeanne to do her Master’s Thesis in Statistics from New York University, she returned to the New York Aquarium for help. Fortunately for her, when she did approach the Aquarium officials there were two beluga whales about to give birth and it provided a perfect opportunity for her to do a research project. From that, she was able to do her Master’s Thesis on Beluga Whales and was published in Zoo Biology 16:247-262 (1997) in an article entitled, “The Nursing Behavior of Beluga Whales.” Luck continued to shine on Jeanne because she was able to witness a beluga whale by the name of Natasha, one of the pregnant mothers at the New York Aquarium, give birth to the calf, Hudson. An event that will always remain special to her.

Because of her strong connection to the cetacean world, Jeanne felt the need to be closer to them. So when the time came for Jeanne and her husband David to settle down, it was clear that being near the ocean and especially near the dolphins was of primal importance when deciding to choose a place to live. Not surprising, when Jeanne and David arrived in Hawaii for their honeymoon, they both said, “This is it! This is where we want to live!” Four years later with two young babies, they landed on the island of Kauai with the intention of making it their home.

Raising a family, making a living and exploring nature became the focus of life for Jeanne. She settled into Kauai, got a small private school called, Island School, and started teaching Mathematics - everything from basic Math to sixth graders  to High School Calculus. Over time, she started to learn about energy work and became curious about how it works. She became a trained Intuitive Reiki Master and started offering sessions and teaching classes in her home.

One day, her husband had terrible nerve pain from injuries in all four of his extremities. Jeanne would do her energy work on her husband, David, to ease the suffering. One night, while working on her husband in their basement, Jeanne felt and saw the etheric dolphins appear in the healing room. They were swimming around the room, under the table and more were looking in the window and doorway. The energy was overwhelmingly loving and silent tears started to flow down Jeanne’s cheeks. After the session was complete, Jeanne’s husband,  David, sprang from the table and  said, “What did you do? I have no more pain? I feel great!” Her reply was, “It was the dolphins working through my hands onto you. They just showed up!” Ever since that time, Jeanne has worked with the dolphins to assist her in her healing practice.

Here are a few testimonials from Jeanne’s clients:

Jeanne is amazing! She has such a healing presence with a deep commitment and compassion to serve the needs of everyone. …my experience with Jeanne at Dolphin Touch was phenomenal. She is a powerful healer with a very giving nature and a Gem on Kauai. I highly would recommend her services.

I arrived to the center full of stress and pain and I left with a feeling of lightness-no stress, no worries and full of energy and joy. It was an remarkable experience!

Jeanne received her Real Estate license with the intention of finding spiritual healing properties on Kauai. In 2009, she  felt inspired to open Dolphin Touch Wellness Center. A center devoted to the energy and vibration of the dolphin to help others connect to the dolphin vibration of love and light and to help raise the consciousness of humanity on the planet.

Since 2009, there have been many amazing healers, teachers, oracles, speakers, and Intuitive Healers that have presented, taught, offered sessions, readings, services  and more! Jeanne herself has taught classes in Intuitive Reiki, Breath-work, Intuitive Readings, Marketing, How to Start a Healing Center, Starting Your Own  Healing Practice, and more recently, she develop a healing modality called “Dolphin Energetics.” This modality involves working with the dolphin energy to clear blockages- physically, emotionally and spiritually.