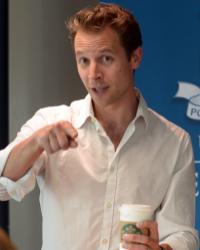 Jared Cooney Horvath PhD, MEd is a neuroscientist and educator with expertise in human learning, memory, and brain stimulation. He has conducted research and lectured at Harvard University, Harvard Medical School, the University of Melbourne and over 50 international schools. Jared currently serves as director of the Science of Learning Group and NeuroEducation: two teams dedicated to bringing the latest in brain and behavioural research to education and business alike. His work has been featured in numerous popular publications (including the New Yorker, the Economist, the Atlantic, the New York Times, Scientific American, New Scientist, WIRED, VICE, and Men’s Journal) as well as television and radio programs (including NOVA: Science Now and Catalyst).