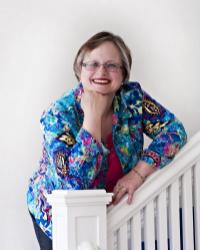 Janet Wiszowaty is an expert in reinventing herself. Growing up her parents moved every 3-years and once she married she thought she would never move again. Six months later her husband joined the Royal Canadian Mounted Police and in their 43-years of marriage they have lived in 4 Provinces, 9 cities/towns and 15 homes. During that time she has created and healed from health challenges from fibromyalgia to PTSD and surviving a pulmonary embolism by not believing in a label. After 4 car accidents in 10 years with the last one making her sit in her sh*t until she realized they were all to help steer her in a different direction.