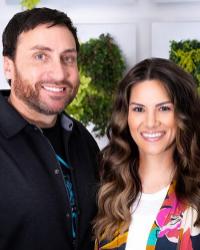 Only two years removed from solitary confinement in jail, James Purpura began his journey into the tech world. In 2007, he took a chance on a small construction software startup called PlanSwift. He quickly ascended to Vice President of Sales and then, a year later, took over as President and became an equity partner is the company. Under James’ leadership, PlanSwift grew from $8,000 a month in volume to over $1,000,000 a month in volume and over 50,000 customers in 24 countries, becoming one of the most well-known and largest technology companies in the construction industry. In 2013, James led the M & A process to sell PlanSwift to a firm outside of Chicago called Textura. Shortly after joining Textura, James helped the company go public. Over the next few years, James ran four different business units at Textura and played an instrumental role in facilitating a $650 million exit of Textura to Oracle. James spent six months working as a Vice President at Oracle before negotiating the purchase of his original business, PlanSwift, back from Oracle. Again at the helm of PlanSwift, James quickly led the company to generate sufficient revenue to repay the purchasing costs, positioning PlanSwift as an attractive acquisition target. With PlanSwift firmly established, James negotiated a lucrative sale to a large competitor, allowing him to exit and pursue his dream of creating the world’s first personal evolution company Powerful U.