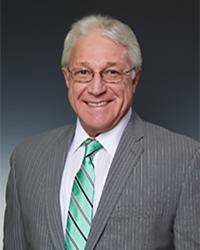 James C. Greenwood is President and CEO of the Biotechnology Innovation Organization (BIO) in Washington, D.C., which represents more than 1,000 biotechnology companies, academic institutions, state biotechnology centers and related organizations across the United States and in more than 30 other nations. Mr. Greenwood represented Pennsylvania's Eighth District in the U.S. House of Representatives from January 1993 through January 2005. A senior member of the Energy and Commerce Committee, he was widely viewed as a leader on health care and the environment. Mr. Greenwood graduated from Dickinson College in 1973 with a BA in Sociology. From 1977 until 1980, he worked as a caseworker with abused and neglected children at the Bucks County Children and Youth Social Service Agency. Mr. Greenwood is married with three children and resides in Upper Makefield, Pennsylvania.