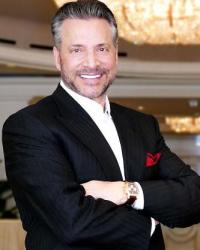 James Arthur Ray is considered one of the world’s foremost leadership and performance advisors, coaches and consultants.

He began his career consulting with C-Level Executives at the AT&T School of Business. It was here that he realized his purpose for helping others find their unique gifts, and then leveraging them to take their life and business to new levels.

His extensive study of behavioral sciences, experience as an entrepreneur, and tireless quest for spiritual knowledge gives him a unique and powerful ability to address issues in both life and business from an integrated level; much deeper and more fulfilling than most can accomplish.

He is the author of the New York Times Bestseller Harmonic Wealth: The Secret to Attracting the Life You Want which focuses on his principle of Going Three For Three: how to effectively bring your thoughts, feelings and actions into harmony with bold application. James states vision without bold action is a total waste of time. James’ new book Redemption: The Price of Leadership in Both Life and Business is scheduled to be released in 2018.

In 2016 a CNN documentary film Enlighten Us, a story on his life, debuted at Tribeca Film Festival as well as Mountain Films in Telluride, Colorado. The film is now being shown worldwide on Netflix.

James Arthur Ray uses his own life and professional experience, extensive study of behavioral sciences, and tireless quest for spiritual knowledge to coach some elite, ultimate-performing entrepreneurs in all areas of life so that they can build personal and professional resiliency, mental toughness and emotional strength. He has dedicated his life to helping influential individuals build the personal resilience to survive the obstacles life will inevitably throw at them.