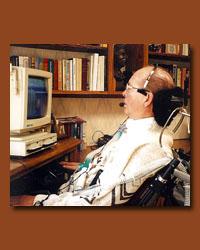 Jack Rushton was born and raised in White Pine County, Nevada. He attended Brigham Young University where he received his bachelors degree and a masters degree in counseling and guidance. He also received a doctor of education degree from USC. He was actively involved in religious education, both as a teacher and an administrator for 25 years.

Jack and his wife Jo Anne are the parents of six children and have 18 grandchildren. They have lived in Tustin, California since 1974.