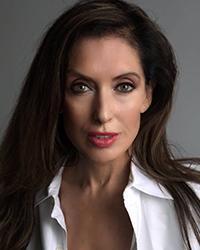 Mission Statement: "TO TEACH LOVE BY BEING AN EXAMPLE OF LOVE"

VISIONARY, SPIRITUAL TEACHER
Julia Rodgers, also known as Hummingbird Jewel, holds a Doctor of Divinity and has studied spirituality since 1974. She was influenced at an early age by her own personal experiences of mystical events.

This put her on a path of study which has not stopped. She spent 30 years working in corporate environments after graduating from College of the Redwoods and then obtaining her certification as a Paralegal from Humboldt State University located in northern California. She continued her studies of the Divine while working as a Paralegal and in the Human Resources field. After leaving the corporate environment in 2008, she started her own business as A Nanny Extraordinaire retiring in 2017 to launch Hummingbird Jewel Enterprises (HBJ Enterprises).

Her adventures in utilizing her psychic gifts began in 1996, working as a psychic reader for the Psychic Eye Bookstore in Mt. View California. She continued to do her readings privately for clients after moving to Colorado and then to Texas in 2000.

When she launched HBJ Enterprises she also developed her mystical signature fragrance oil Jewelia. She also shares her reverse aging products and advice that has caused her personal vibrancy and youthful vigor.

In 2018, Julia became one of the worlds first Wellpoint Hypnosis Method™ practitioners completing Level 1 Spiritual Hypnosis training. She is scheduled to participate in Level 2 training in 2019. It is her goal to continue in her studies of this new technology as she believes in the science behind spirituality and is welcoming in the quantum age.

Ten percent of her donations received from readings, spiritual hypnosis sessions or money made from donations from purchases of products is given to charity. It is her dream to someday have a perpetual charitable foundation for the benefit of children.

Currently residing in The Woodlands Texas, Julia is passionate about her work to help and guide others, giving back via charity and strives to accomplish her mission statement every day.

To Teach Love by being an Example of Love