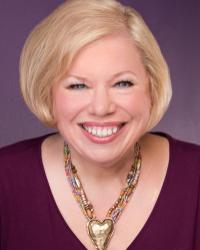 During the last twenty-five years, Hollister Rand’s dedication to the healing work of mediumship has included events and workshops in the United States and abroad.

Hollister’s first book, I’m Not Dead, I’m Different: Kids in Spirit Teach Us About Living a Better Life on Earth, published by HarperCollins, is available in several languages.

Hollister lives in Los Angeles with her impossibly small Chihuahuas, Bodhi and Amara Metta. Visit her at: HollisterRand.com.