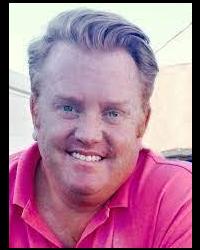 Herb Ankrom is a film and television Executive Producer, who has worked in the entertainment industry for twenty years.

He began his career in Los Angeles in 1995 working as a production assistant on the Roseanne sitcom. From there he worked several years in production roles on films like Batman and Robin, Cruel Intentions and The Bourne Identity. In 2002 he was hired to produce on a pilot for ABC, which became Extreme Makeover Home Edition. This of course became a well-known ABC show, and he worked on this show for five seasons, which led to two Emmy awards and 5 nominations! Following Extreme Makeover, Herb became Director of Development for a production company and went on to help develop and produce shows such as NBC’s School Pride, and ABC’s True Beauty 1&2. More recently Herb worked as Co-Executive Producer on Bravo’s Real Housewives of Beverly Hills and New Jersey, Cyrus vs. Cyrus and Southern Charm: NOLA. He also was Executive Producer on the Lionsgate film, Open Water 3: Cage Dive and has several scripted projects in development. Most recently Co-Executive Producer on Netflix Million Dollar Beach House and Bravo’s Real Housewives of New Jersey.