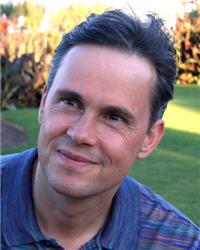 Robert Holden, Ph.D., is the creator of a 3-day public program called Loveability. His work on psychology and spirituality has been featured on Oprah, Good Morning America, a PBS special Shift Happens, and in two major BBC-TV documentaries, The Happiness Formula and How to Be Happy. His corporate clients include Dove and the Real Beauty Campaign. He is author of Happiness NOW, Shift Happens, Authentic Success formerly titled Success Intelligence and Be Happy.

Robert hosts a weekly show on Hay House Radio called Shift Happens He also contributes daily to his Facebook page at www.facebook.com/drrobertholden. Robert is bringing his 3-day program Loveability to the US for the first time this November in New York, hosted by Hay House.