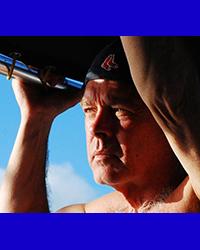 Greg O'Brien has more than 35 years of newspaper and magazine experience as a writer, editor, investigative reporter, and publisher. In 2009, he was diagnosed with Early Onset Alzheimers. His maternal grandfather and his mother died of the disease. OBrien carries a marker gene for Alzheimers. Over the years, he has contributed to, among other publications, the Associated Press, UPI, USA Today, Arizona Republic, Boston Herald American, Boston Metro, New York Metro, Philadelphia Metro, Providence Journal, Cape Cod Times, Boston Irish Reporter, and Boston Magazine, where he was senior writer. He is former editor and publisher of the Cape Codder and Register newspapers, former editor of Cape Cod Life, and was a founding managing director of Community Newspaper Company in Boston. He is the editor/author of several books, has published 17 books by other writers through his publishing affiliate Codfish Press, has written/produced documentaries, and has been a scriptwriter. OBrien is the editor and president of Stony Brook Group located on Cape Cod in Brewster, MA, through which he runs local, regional, and national political and corporate communication strategy campaigns. He and his wife Mary Catherine have three children: Brendan, Colleen, and Conor.