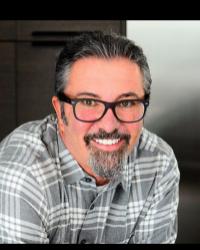 A consciousness thought leader, entrepreneur, philanthropist, and inspirational speaker. He is the founder of Rythmia Life Advancement Center in Costa Rica, the “go-to” destination for a spiritually awakening vacation experience.

He also founded Truthenomics, an online program teaching the skills and insights essential to a life of manifestation.

One of the 1 percent, he made his millions from creating and selling multiple companies, including thatlook.com, a pioneer in mass-market access to cosmetic surgery, and My Choice Medical Inc.

His spiritual journey is the subject of a documentary film, The Reality of Truth syndicated on GAIA and with over 2.5+ Million YouTube views, featuring conversations with thought leaders such as Ram Dass, Joel Osteen, Sri Ravi Shankar, Deepak Chopra, and Marianne Williamson, as well as Hollywood stars Michelle Rodriguez and Peter Coyote.

A short documentary film, entitled Mrs. Moon's Medicine, which is part companion to this book, is just released.

Gerry’s journey began when a friend who’d heard about the miraculous healing power of psychedelic plant medicine for sufferers of addiction suggested that he travel to Costa Rica to see if it could save his life.

There, under the guidance of a 10th- generation Bwiti Shaman, Gerry experienced the life-altering power of an ancient Amazonian plant-based brew: it healed him from a lifetime of addiction in one night— inspiring him to continue to heal his life through Ayahuasca. (Often compared to medical marijuana, it’s technically legal in the United States, but controversial.)

During his inaugural Ayahuasca ceremony, Gerry felt as if he left his body, “flew through space and time” (including his own painful past)...“and landed on the moon.” After coming “back down to earth,” he had a deeper understanding of his emptiness when he reviewed a suppressed memory of being molested by his grandfather—one of the subconscious traumas destroying his life.

Acknowledging that his life was “a mess,” he began to work on conquering his addictions, healing his emotional and psychological wounds, and embracing himself. His spiritual awakening and radical life overhaul eventually inspired him to create a haven for those seeking enlightenment and renewal, the Rythmia Life Advancement Center in Costa Rica.

According to the author, “Rythmia saved my life...Almost from the beginning, I felt I was

embarking on a mission to create a place in Costa Rica where other people could discover what I had learned. I decided to call it Rythmia.”