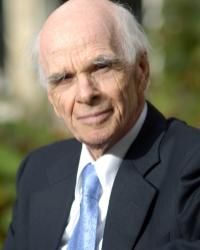 Twice nominated for the Nobel Peace Prize, Professor Laszlo is the prolific author, co-author or editor of more than 100 books translated into over 20 languages, not to overlook his contributions of hundreds of papers and articles in scientific journals and magazines. A resident of Italy, he is the longtime editor of the acclaimed international periodical World Futures: The Journal of General Evolution. Founder of two international think tanks, Club of Budapest and General Evolution Research Group (GERG), he is also the founder and director of The Laszlo Institute of New Paradigm Research, a global think tank dedicated to exploring and expanding the frontiers of science and consciousness.