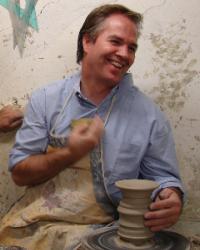 Eric Altman is an internationally renowned Energy Healer. According to him the biggest myth of all time is that spiritual evolution is difficult. He devotes his life to cutting through this erroneous paradigm. Rather freedom is about subtracting the ideas around awakening and claiming what is already fully complete inside of you. Eric is here to demonstrate to you that you can instantly ignite and live in the truth of who you are. He has appeared on numerous international radio and television shows such as New Realities, Law of Attraction, Your Souls Journey, Gaialogue, Talking Alternatives, and New Visions for Peace. In the last 20 years Eric has provided 3,650 hours of Satsang, 4,350 hours of private spiritual guidance and has reached over 4.3 million adults and children globally through distance healing. In his spare time he roams around Portland providing food, blankets and unconditional love to people living on the streets.