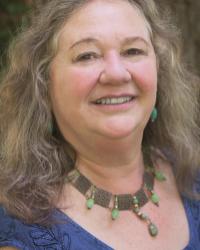 Ellen Evert Hopman lives and works in New England. She teaches a six month Herbal intensive every year near Amherst, MA, October to April. She also teaches and initiates Druids online and in her area of Western MA. She is the author of a number of Celtic herbals including A Druids Herbal for the Sacred Earth Year and ADruids Herbal of Sacred Tree Medicine and of a trilogy of Iron Age novels (The Priestess of the Forest series). See all her books (and order signed copies) on her website.

More About Ellen -
Hopman is the author of a number of books and has been a teacher of Herbalism since 1983 and of Druidism since 1990. She has presented on Druidism, herbal lore, tree lore, Paganism and magic at conferences, festivals, and events in Northern Ireland, Ireland, Scotland, Canada, and in the United States.

She has participated in numerous radio and television programs including National Public Radio's "Vox Pop" and the Gary Null show in New York.

She presented a weekly "herb report" for WRSI radio out of Greenfield, MA for over a year and was a featured subject in a documentary about Druids on A&E Television's; "The Unexplained" (Secret Societies, February 1999).

She is a Master Herbalist and professional member of the American Herbalists Guild (AHG) and lay Homeopath who holds an M.Ed. in Mental Health Counseling.

She is a founding member of The Order of the White Oak (Ord Na Darach Gile, www.whiteoakdruids.org ) and its former Co-Chief, a Bard of the Gorsedd of Caer Abiri, and a Druidess of the Druid Clan of Dana. She is currently ArchDruid of Tribe of the Oak, an online and local Western Massachusetts Druid teaching Order http://tribeoftheoak.com/

She was Vice President of The Henge of Keltria, an international Druid Fellowship, for nine years and has been at times a member ofThe Order of Bards, Ovates and Druids and Ár nDraíocht Féin: A Druid Fellowship (ADF).

Ellen Evert Hopman is a voice for Herbalists and Druids in modern society and is the author of a growing number of books. Visit her bookstore and blog at www.elleneverthopman.com

Gifts From the Healing Earth

Gifts From the Healing Earth, Volume 1 (opening) from Ernest Urvater on Vimeo.