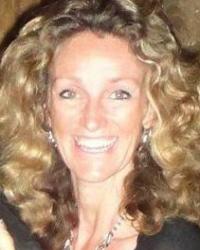 Elizabeth Boisson has four beautiful children; two are in spirit, Chelsea who passed when she was two days old on January 21, 1991, and her son Morgan, who passed on October 20, 2009, from severe altitude sickness while on a student trip to the Base Camp of Mt Everest in Tibet.

She also has two beautiful daughters here on earth, Alix and Christine. As soon as Morgan passed in Tibet, Elizabeth felt him hug her from the inside and immediately realized that love never dies. Following this undeniable proof that her children are alive and well in the Afterlife, she created the Facebook group Parents United in Loss one week after Morgan passed. Then in 2012, Elizabeth joined forces with Mark Ireland to form Helping Parents Heal.

Elizabeth is President and Co-Founder of Helping Parents Heal, Affiliate Leader of Phoenix/Scottsdale and newsletter editor.