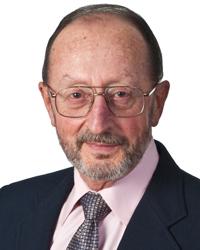 Eldon Taylor is an award winning New York Times best selling author of over 300 books and audio/video programs, and is the host of the popular syndicated radio show, Provocative Enlightenment. His most recent works include Gotcha: The Subordination of Free Will, Choices and Illusions, I Believe, Mind Programming, What Does That Mean?, What If?, and Self-Hypnosis and Subliminal Technology.

Eldon has earned doctoral degrees in both clinical and pastoral psychology and is a Fellow in the American Psychotherapy Association as well as a certified Master Chaplain. For years he was a practicing criminalist conducting lie detection examinations, managing investigations, and carrying out forensic hypnosis sessions.

Eldon is also the inventor of the patented InnerTalk technology and founder and president of Progressive Awareness Research, Inc. He carried out the first ever double blind study to evaluate the effectiveness of subliminal audio messages in treating anger and hostility within a prison environment in 1985. He has been featured as an expert in films, print, television, and radio. He has also been called a “master of the mind” and has appeared as an expert witness on both hypnosis and subliminal communication. His books and audio-video materials have been translated into more than a dozen languages and have sold millions worldwide.