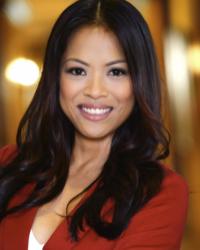 Reality TV fans may recognize Dr. Venus from her appearances on several popular shows. However, there is much more to this talented doctor than reality TV producers actually revealed on air.

As a rehabilitation physician, Dr. Venus has committed herself to the promotion of health and fitness not only to her patients, but to the community at large as well. Her training in Physical Medicine and Rehabilitation allows her to help deconditioned patients optimize their functional independence. Being a NSCA Certified Strength and Conditioning Specialist, her experience also includes work as a personal trainer, a senior citizen fitness educator, and a volunteer trainer for Special Olympics track athletes.

Dr. Venus not only advises patients and clients on the benefits of physical fitness, but she herself regularly trains for fitness competitions. Having held the titles of Ms. Bikini California, Ms. Collegiate USA, and Miss Teen of Missouri, this is one pageant titleholder that is not afraid to sweat. She has been a competitive fitness athlete for 20 years. She regularly appeared in the Fitness America ESPN Series and has competed in Ms. Fitness World, Fitness America National Finals, and NPC Fitness National Finals. Her competitive fitness achievements include winning the Natural Universe Modelquest 2001 and NPC Los Angeles Fitness Championships 2007. She also succeeded in becoming a Semi-Finalist in the 2008 premiere season of NBC’s American Gladiators in a memorable comeback on the show’s tough Eliminator obstacle course.

No matter how busy her life and career may get, Dr. Venus strongly prioritizes her training. In fact, while in Belize for the taping of FOX’s Temptation Island, she woke up early every morning to run sprints and jump hurdles on the beach – usually all before shooting for the show began that day. However, her whole life changed after her father suffered a stroke in March 2016. After experiencing a near-depression as she took on the additional role of being her father’s caregiver, Dr. Venus re-discovered the importance of caring for her own health…because it’s impossible to take care of others without it. She is now inspired to share what she has learned and spread her message of caring for yourself so that you can do more in the world.

Dr. Venus’ expertise in the arena of sports and fitness has been well-recognized. She’s been featured on the syndicated TV talk show The Doctors as well as on local news programs for FOX-, CBS-, and ABC-affiliate stations. She had a fitness training article published in Oxygen Magazine and she has served as an on-camera medical consultant in beauty and fitness product infomercials. She has also done fitness modeling for print and television.

As already mentioned, she has made numerous appearances on reality TV programming including The Bachelor: Paris (ABC), I’d Do Anything (ESPN), Star Dates (E!), Scream Play (E!), and How Do I Look? (Style Network).

While Dr. Venus’ career and athletic pursuits keep her busy, she also enjoys more leisurely activities. During football season, you can usually find her at a sports bar cheering on her favorite team. She also enjoys karaoke nights with her friends.