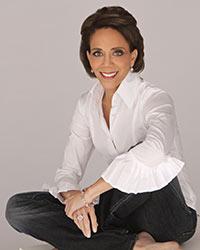 Dr. Robin L. Smith is a national television personality, bestselling author, ordained minister, keynote speaker, and licensed psychologist. Dr. Robin has worked as a national and local television correspondent and appeared numerous times on news and entertainment television and radio programs. Her contributions include appearances on The Oprah Winfrey Show, Anderson, Larry King Live, NBC/The Today Show, ABC News/Good Morning America, CBS/The Early Show, MSNBC, The Fox News Channel, and many other news and talk show formats, including The Tom Joyner Morning Show and The Michael Baisden Show. Dr. Smith also hosted a fiveday a week call&8208;in program on Oprah Radio for 3 years where listeners got their daily dose of Inspiration, Information and Empowerment. Further credits include an award&8208;winning documentary on Women and AIDS, and several instructional videos on Stress Management and other health related issues. Dr. Robin is one of the most sought after speakers and relationship experts in the country.


In addition to Dr. Robin's busy media and speaking schedule, she develops seminars and workshops for corporations and organizations nationwide. You can find Dr. Robin delivering a commencement address at a university, speaking to a group of youth at school, or a juvenile detention center, or working with the senior leadership in a corporation she is equally at home in these diverse worlds. Dr. Robin also enjoys teaching; she served as an adjunct professor at Palmer Theological Seminary, formerly, Eastern Baptist Theological Seminary,
for many years.


Dr. Smith earned her Ph.D. in counseling psychology from Temple University, her master's degree from Eastern Baptist Theological Seminary, and obtained her undergraduate degree from LaSalle University. In May of 2007 Dr. Smith received an honorary Doctor of Divinity degree from Palmer Theological Seminary. In addition, Dr. Smith trained in a 2 year clinical program earning a certificate in Contextual Family Therapy. She was affiliated with Psychological Services at Swarthmore College, a former member of the Board of Directors of Albert Einstein Medical Center, Belmont Hospital, and Eagleville Hospital, a drug and alcohol rehabilitation facility. She also served on the Advisory Board of the Barristers' Association of Philadelphia.