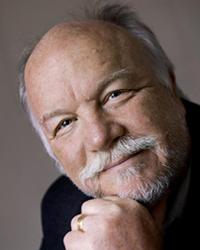 Robert K. C. Forman, Ph.D, has devoted his life, both personally and professionally, to the sense that many have described being called by something greater than ourselves. With a Ph.D. from Columbia University and an honorary Doctorate from Sweden’s Lund University in comparative religion, specializing in the nature of spiritual experiences, he became a tenured Professor of Religion at the City University of New York. Having gone through his own long term spiritual shifts, he has always been more interested in the transformative power of practice and direct experience than any theory. With 50 years of daily meditation and yearly solo retreats under his belt, Dr. Forman has worked with and been a hospital chaplain and a spiritual counselor for thousands of people who are serious about their spiritual lives.

He has authored 11 books and 40+ articles on the spiritual life and experiences, including Mysticism, Mind, Consciousness and the well-received Enlightenment Ain't What It's Cracked Up To Be. He has founded many programs and initiatives such as the SoulJazz Program and The Forge Institute's Guild of Spiritual Leaders, and was lead professor in The Conscious Leadership Institute in the One Spirit Learning Alliance. He is currently writing a book on the role of community in spiritual transformation: It’s Just Us: Finding Meaning and Connection without that Whole God Thing.