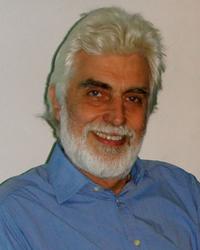 John Andrews is an English-trained physician who specialized originally in cardiology, neurology and internal medicine before discovering meditation as a basis for exploring holistic approaches to well being.

He has since spent many years in India and the United States, working and learning in an environment where awareness is understood to be an essential ingredient of a healthy intelligent lifestyle. Where the focus was not on illness but on health - in all its many different aspects. He served as Director of the Academy of Healing Arts at the Osho International Meditation Resort in Pune, India, for many years, and where he remains part of the management team. This campus is currently one of the world's largest personal growth and meditation centers in the world. In this environment work is approached as an opportunity for the individual to grow, with the understanding that this approach supports the kind of creativity, originality, and above all, innovation that the modern company depends on for long term growth.

He has also facilitated dehypnosis programs as a means of helping to free up the natural creative abilities that so often remain stuck in an individual, allowing us all to appreciate that our so called "problems" are really just misunderstandings. He has studied with several of Americas leading figures in this field.

In addition he has written widely on the application of meditation to both the health of the individual and the health of companies and the wider society in general. In particular, he wrote, The Choice is Ours, an extension of this same approach to holistic living that also includes the ecological aspects of planetary health. He has coordinated a multilingual website on meditation for the last twelve years.

John Andrews is the director of Osho International Foundation in Zurich, which takes care of making its vast archive of books, audio books, and videos available in dozens of languages around the world, working with a large number of the major publishers worldwide. He coordinates the Foundation's multilingual website.