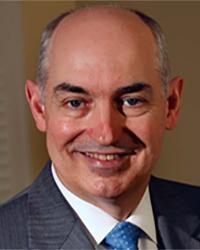 Dr. J.D. Crouch II was elected by the USO Board of Governors to be the 23rd President and Chief Executive Officer of the United Service Organizations (USO), effective July 28, 2014. Dr. Crouch formerly served as Chief Executive Officer of QinetiQ North America (QNA) until May 2014. He was Assistant to the President and Deputy National Security Advisor from March 2005 until June 2007. Dr. Crouch served as U.S. Ambassador to Romania in 2004-2005 and as Assistant Secretary of Defense for International Security Policy from 2001-2003. Dr. Crouch has also served on several government advisory boards, currently including the Defense Policy Board. He has twice been awarded the Department of Defense Distinguished Public Service Medal. He received the Alumni Merit Award from the University of Southern California in 2006 and Military Merit Grand Cross with White Ribbon from the Kingdom of Spain in 2003. Dr. Crouch holds a Ph.D., M.A. and B.A. in International Relations from the University of Southern California.