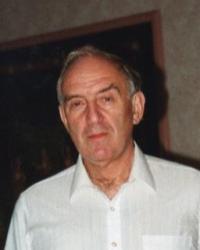 Dr. Irving Wolfe earned a PhD in Drama from the University of Bristol, England. He is a member of the faculty, Department of English, University of Montréal, Canada. In addition to his literary research, Professor Wolfe has presented several dozen papers on catastrophism at conferences in England, Canada, and the United States, and has published papers in the field in British, Canadian and American journals. He has also contributed large sections on catastrophism to a number of anthologies. Professor Wolfe is concerned with the long-lasting effects of collective unconscious catastrophic memory on later collective and individual human behavior and intellectual products, so his articles, conference papers, and book sections have focused on catastrophism and Shakespeare, creative art, religion, cosmology, ancient chronology, political activism, epistemology, sport, soap opera, ancient governments and public rituals, ancient cities, ancient writing and literacy, scientific repression and popular culture. He is currently completing a book on catastrophism and unconscious collective memory in Shakespeare.