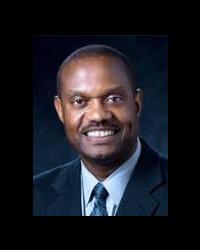 Dr. Eugene McCray is the Director of the Division of HIV/AIDS Prevention (DHAP) at the National Center for HIV/AIDS, Viral Hepatitis, STD, and TB Prevention at CDC. He is responsible for planning and directing national and international research, surveillance, and public health programs related to HIV prevention and control.

Prior to his appointment as Director of DHAP, Dr. McCray was Chief of the International Research and Programs Branch in CDC’s Division of Tuberculosis Elimination. He also served as Acting Deputy Director in the Coordinating Office for Global Health at CDC from 2004 to 2007 and was the Director of CDC’s Global AIDS Program from 2000 to 2004. He is a medical epidemiologist and began his career at the CDC in 1983 as an Epidemic Intelligence Service Officer. He has since served in various capacities throughout CDC.

Dr. McCray completed his clinical training in internal medicine at North Carolina Memorial Hospital, University of North Carolina-Chapel Hill in 1983 and an Infectious Diseases Fellowship in 1992 at University of Washington Medical Center, Seattle, Washington. He earned his Medical Degree from the Bowman Gray School of Medicine at Wake Forest University and his Bachelor of Science degree in biology from Morehouse College.