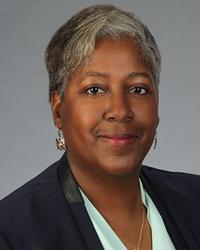 Dr. Elaina George is a Board Certified Otolaryngologist. She graduated from Princeton University with a degree in Biology. She received her Masters degree in Medical Microbiology from Long Island University, and received her medical degree from Mount Sinai School of Medicine in New York. Dr. George completed her residency at Manhattan, Eye Ear & Throat Hospital. Her training included general surgery at Lenox Hill Hospital, pediatric ENT at The NY-Presbyterian Hospital, and head and neck oncology at Memorial Sloan-Kettering Cancer Center. She has published in several scientific journals and presented her research at national meetings. As a solo practitioner in private practice who is also a small business owner, she has a unique perspective on the problems of health care delivery, the true costs of healthcare and viable solutions. Dr. George is a recipient of the Patients’ Choice Award in 2008 and 2009. She was recently honored with membership in The Leading Physicians of the World and Who’s Who Top Doctors Honors Edition.

Dr. George’s interest in the politics of healthcare and the reform effort have led her to become both a powerful voice for the practicing physician and an advocate for the patient. She is on the advisory council of Project 21 black leadership network, an initiative of The National Center for Public Policy Research. She is a contributor to a wide variety of websites including BigGovernment.com, Newmediajournal.us, and Amy Ridenour’s National Center Blog. Dr. George has been a recurring guest discussing a wide range of medical topics on Your World with Neil Cavuto, and Newsmax, and she has appeared on Frances & Friends to discuss the consequences of Obamacare with a world wide audience of over 500 million people. She has also been a medical expert on a range of shows including The Barry Farber Show, The Chuck Wilder Show and Butler on Business. Dr. George hosts her own show, Medicine On Call on Americas web Radio and Liberty Express Radio, a weekly talk show that explores health issues and the politics of medicine. She is also a keynote speaker for CSL entertainment and American Entertainment International.