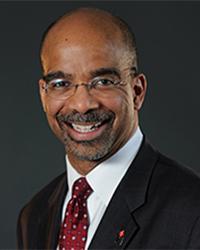 Dr. Yancy is a native of Louisiana and earned a B.S. degree, (Honors), from Southern University; and an M.D. degree, (Alpha Omega Alpha), from Tulane University School of Medicine in New Orleans. He completed an internship and residency in internal medicine at Parkland Memorial Hospital in Dallas. He completed his fellowship in cardiology at the University Of Texas Southwestern Medical Center at Dallas. He received his initial faculty appointment in 1989 and held a position on the faculty at UT Southwestern Medical Center for 17 years where he ascended to the rank of Professor of Medicine. Concurrently he was holder of the Carl Westcott Distinguished Chair in Medical Research, Associate Dean for Clinical Affairs and Medical Director of the Heart Failure/Heart Transplant Program. In 2006 he became Medical Director, Baylor Heart and Vascular Institute at Baylor University Medical Center in Dallas, TX and served as Chief of Cardiothoracic Transplantation. In 2010, he completed a Master’s of Science in Medical Management (Beta Gamma Sigma) at the University of Texas- Dallas, School of Business and Management.

His research interests are in heart failure, heart transplantation, quality of care and health care disparities. He has published over 450 peer-reviewed papers and has been named one of the most highly cited scientific authors (top 1% Reuters) for three consecutive years. At present he is Deputy Editor, JAMA Cardiology; Senior Section Editor (Heart Failure), Journal of the American College of Cardiology; and serves on the editorial boards for Circulation, Circulation Heart Failure, the American Heart Journal and JACC Heart Failure.

He is a Master of the American College of Cardiology, a Fellow of the American Heart Association, a Master of the American College of Physicians and a Fellow of the Heart Failure Society of America. He is also a member of the Association of Black Cardiologists (ABC). He recently served on the Advisory Committee to the Director for the NIH and remains as an active consultant to the National Institutes of Health; he is a former member of the NIH Scientific Management and Review Board. Previously, he served as chair of the FDA Cardiovascular Devices Panel. He is an ad hoc consultant for AHRQ; held a founding position on the Methodology Committee for the Patient Centered Outcomes Research Institute and previously served on the Committee for Health, Science and Policy for the Institute of Medicine. He sits on several clinical trial oversight committees within the NHLBI including SPRINT and the Cardiothoracic Clinical Trials Research Network. He is an active volunteer for the American College of Cardiology where he was the co-founder of CREDO, “the Coalition to Reduce Cardiovascular Disease Disparities” and currently serves on the ACC Diversity & Inclusion Committee. He is the chair of the ACC/AHA Heart Failure Guideline Writing Committee having served previously on several ACC/AHA guideline writing committees including hypertrophic cardiomyopathy, atrial fibrillation and syncope. He is a volunteer for the American Heart Association and is a former President of the American Heart Association (2009-2010), past recipient of the National Physician of the Year (AHA) and recently received the Gold Heart Award for a career of service from the American Heart Association. He has previously served on the Health Equities Committee for the American Hospital Association.

He has received innumerable best doctor awards and teaching accolades. In 2014 he was named one of the top 15 Black U.S. Medical Educators and was named Co-Educator of the Year by the National Medical Fellowships Foundation. In 2016, he was elected to the National Academy of Medicine.