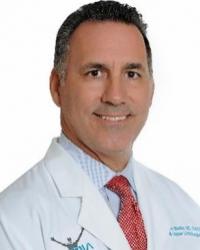 Alejandro Badia, M.D., F.A.C.S. has been in the trenches with our broken healthcare system since 1989

A hand and upper extremity orthopedic surgeon at Badia Hand to Shoulder Center in Miami, Florida, Dr. Badia previously served as Chief of Hand Surgery at Baptist Hospital of Miami. He studied physiology at Cornell University and obtained his medical degree at New York University, where he also trained in orthopedics. A hand fellowship at Alleghany General Hospital in Pittsburgh was followed by an AO Trauma fellowship in Freiburg, Germany. He runs an active international hand fellowship and previously organized a yearly Miami meeting for surgeons and therapists that was devoted to upper limb arthroscopy and arthroplasty. In 2005, Dr. Badia cofounded the Miami Anatomical Research Center (M.A.R.C.), one of the world’s largest surgical cadaveric training labs.