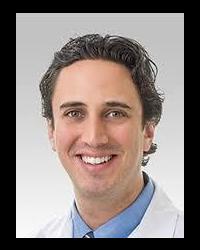 Dr. Sonabend is a native from Mexico City. He obtained his medical degree from the Faculty of Medicine, Universidad Nacional Autónoma de México (UNAM), and graduated at the top of his class, for which he was awarded the Gabino Barreda Medal from UNAM. Following his graduation, Dr. Sonabend worked in translational brain tumor research at the University of Chicago. He subsequently completed his neurosurgical training at New York Presbyterian Hospital/Columbia University Irving Medical Center. In addition to his general neurosurgical training, he gained extensive training in neurosurgical oncology. Dr. Sonabend began his career at Columbia in 2015, when he first joined the department upon completion of his residency. His scholarly contributions have led to over 50 peer-reviewed articles, book chapters, and national and international presentations. He is recipient of the Society of Neurological Surgeons Research Award (2009), the Neurosurgery Research and Education Fellowship Award (2012), and the Diversity Recruitment Award by the Office of the Senior Provost at Columbia University (2015). He was one of 16 scientists in 2015, and the only neurosurgeon in the United States, to receive the prestigious, 5-year NIH Director’s Early Independence Award (DP5) valued at over $2 million dollars.